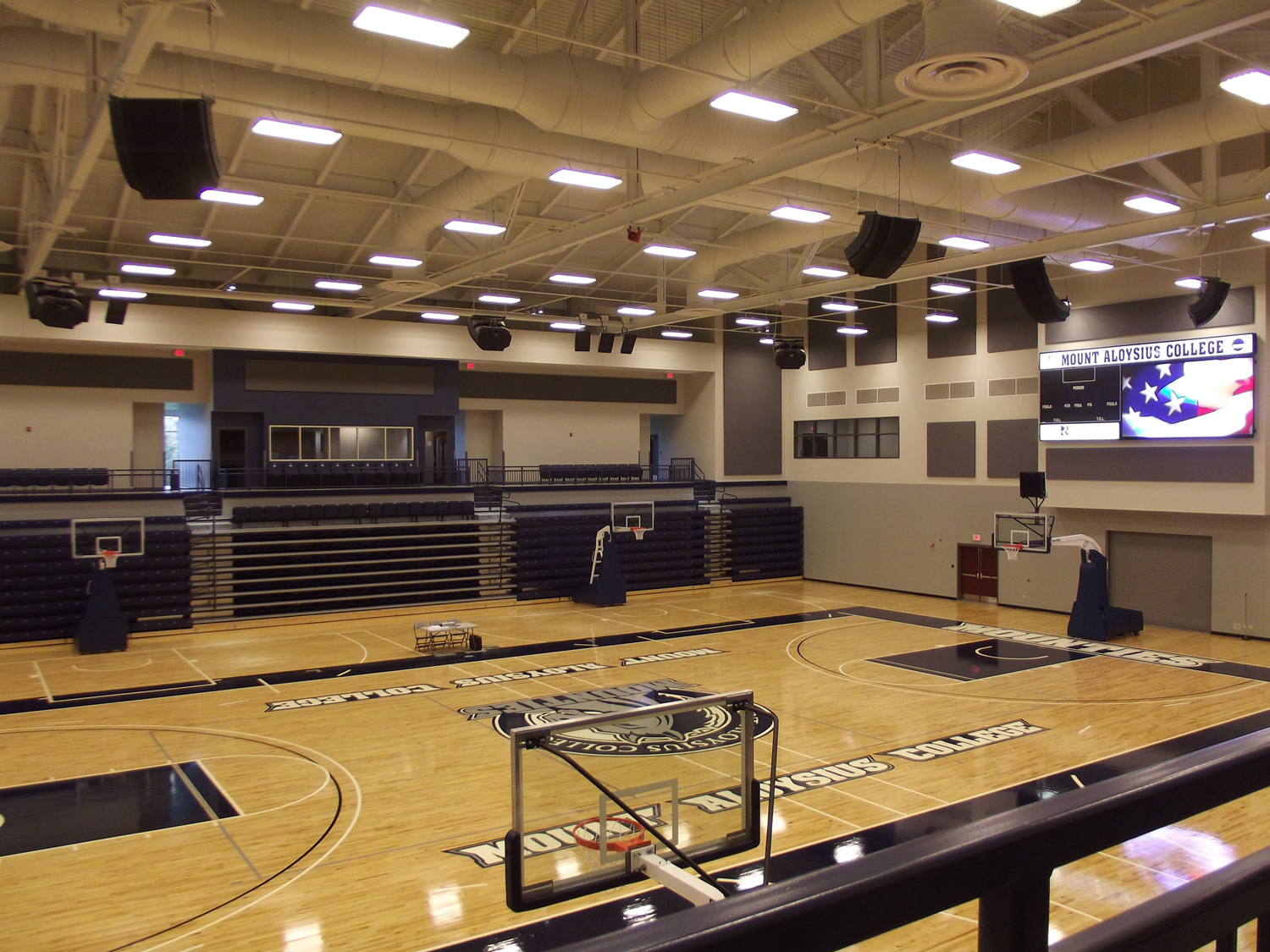 A sound system was required for the Mount Aloysius newly-constructed, 2,500-seat Convocation Center. They contracted a company like Points West who specializes in the planning and design of learning, communications and entertainment facilities and systems.

The Convocation Center is a hub of campus life, featuring a basketball court, fitness center, distance-learning classroom, dance studio and other amenities. The basketball court also doubles as an event space, used for ceremonies such as graduations and other applications. Courts and gymnasiums are notoriously difficult spaces in terms of acoustics, so working with a company like Bose who specializes in sound quality and versatility of the system – that’s where the Bose® RoomMatch® loudspeaker system came in.

“In addition to making the right decisions in terms of acoustical treatment, we wanted a system that would allow us to very precisely aim the sound and keep it over the seating areas, but at the same time we also wanted to give the school a full-range sound system that works well for music as well as speech,” says their AV contractor “Too often, good sound is value-engineered out of spaces like this, with the PA really just suitable for the narrow range of the voice. This system needed to also cover music, which adds to the experience, and keep the sound where we needed it. The RoomMatch system was definitely the right choice.”

The system consists of 17 RoomMatch loudspeakers divided into one five-speaker array (RM5505, RM7010, RM9010, RM9020, and RM12040 modules) that covers the main floor, and six separate two-module RM7040/RM9020 arrays covering the bleacher seating on both sides of the floor. The speaker arrays are all powered by five PowerMatch® PM8500N amplifiers.

The result has been extremely satisfying. Mount Aloysius now has sound that matches what schools in the top-tier divisions and even major-league arenas have.  Music and speech both sound great, and the intensity of the sound makes a huge difference in the energy of the place. The RoomMatch system really was able to do it all.